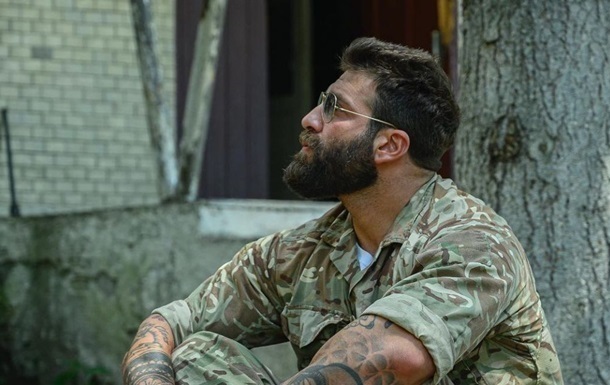 At the beginning of the Russian-Ukrainian war, he joined the terrorist defense, but later ended up on the front line in the intelligence unit.

Presenter and restaurateur Daniel Salem, who from the first days of a large-scale war came to the defense of the Motherland, told how Tina Karol showed her unit a combat vehicle. He announced this on the Zirkovy YouTube project.

The celebrity admitted that it was a surprise for him, because he never asked the artist. As it happened, he called her to find out what was going on. He told him that his unit needed a car, but his friend from Odessa, who made a car, announced the amount, which at that time was not there.

“He began to ask me questions. He said: “How much have you collected?” I answered that I had a thousand dollars somewhere, but I had to not only buy it, but also do something with it. He asked me to wait and He puts an SMS: “Our accountant from the fund will dial you and give you all the money. This is my gift to you. Come on, fight.” It was very cool, because we are just friends, friends, but I never asked her for anything. I know that she has a lot to do”– said Daniel Salem.

At the same time, he added that he considered this car lucky, because the previous ones served only a week, and this one was like a month.

It was previously reported that Daniel Salem said that when he arrived at the military registration and enlistment office, they did not want to hire him, because he had a “white ticket”.

Previous article
What if dinosaurs hadn’t died out? Why our world can be very different
Next article
Kremlin warns it will not accept any tribunal for war crimes in Ukraine

Learn basic rules to harmonize different types of food with this drinkThere is a solitary, almost secret pleasure in choosing wines for dinner. And in choosing the order ofdishes to value them – and, at the same time, also be valued… The first question is: is...
Buna Time