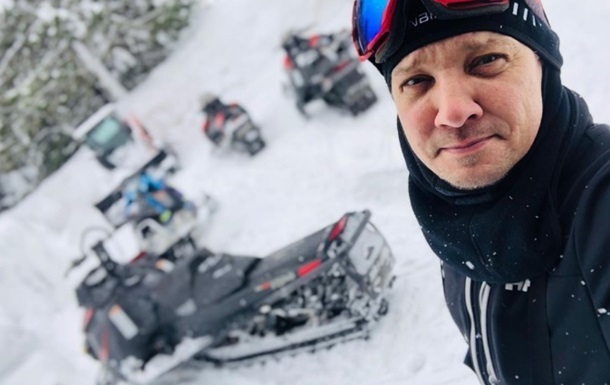 The snowmobile’s cab brake warning light was not working and “mechanical problems may have been a factor in this accident.”

Hollywood star Jeremy Renner, who was hit by a snowplow in early January and suffered multiple injuries, tried to save his niece. This was reported by CNN, citing a police report.

In particular, the actor, known for playing the superhero Hawkeye in the movies of the Marvel Universe, was interrupted at the hospital, telling the investigator that the incident happened after he tried to pull his nephew’s truck out of the snow. To pull it out, the celebrity used a snowcat, however, after a while the car began to slide. Renner jumped from it without applying the emergency brake.

When the actor tried to stop the snowplow to avoid injuring his nephew, he was pulled under the car by the tracks and run over.

The nephew was able to help his uncle before help arrived. Renner was transferred to the hospital, where he remained for more than two weeks, undergoing at least two surgeries and being treated in the intensive care unit.

It was previously reported that Hollywood star Jeremy Renner, after a two-week stay in the hospital, has returned home.

Previous article
Pope Francis: Being gay ‘is not a crime’, but it is still a sin
Next article
Puno: Juliaca’s carnival canceled due to mourning for those killed in the protests