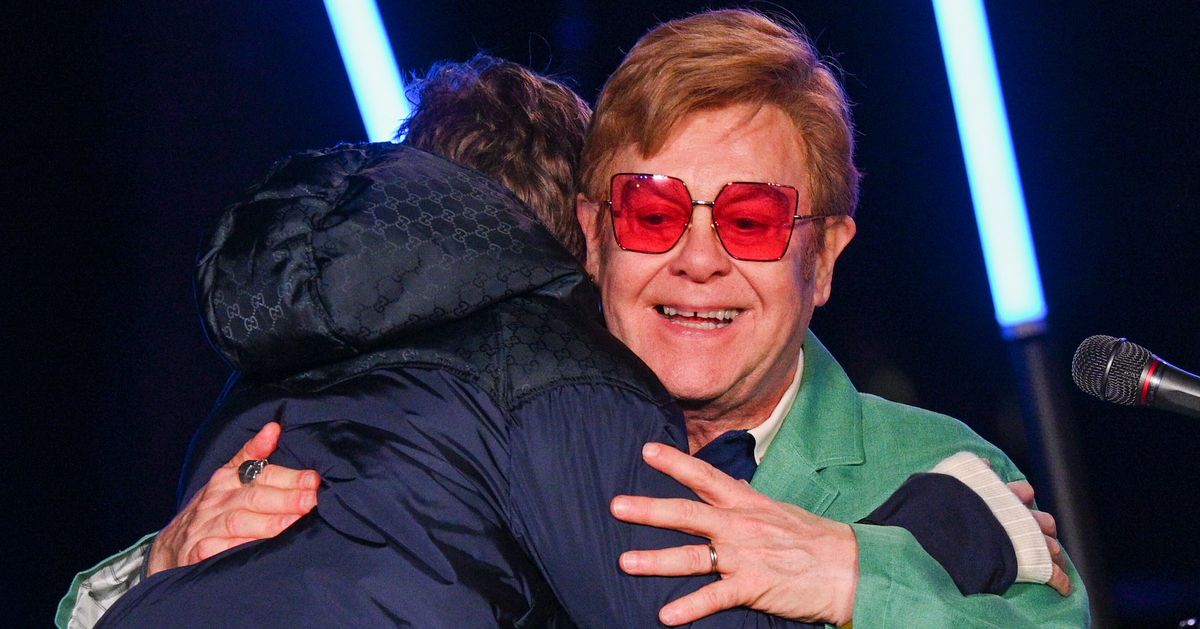 Following his triumph on the Los Angeles stage, Elton John traveled to New York this week to kick off the holiday season with a surprise performance.

John’s appearance had been overshadowed by the hundreds of spectators lining the sidewalks outside Saks for the celebration.

Police erected barricades just before 7 p.m. to stop traffic on Manhattan’s Fifth Avenue – no easy feat during the holiday shopping rush – and make way for a piano. Fittingly, John made a grand entrance a few minutes later in a colorful golf cart.

He then joined Furnish and their boys for a quick countdown as windows and a blinding light were revealed on the Saks Fifth Avenue facade.

The five-time Grammy winner soon released a shortened version of his 1970 classic “Your Song.”

For this year’s holiday decor, Saks worked closely with the Elton John AIDS Foundation’s Rocket Fund and donated $1 million to the organization.

Each of the windows contains subtle tributes to John’s more than 50 years as a musician and cultural icon. One screen, for example, is clad in stylized rockets.

John’s pre-Thanksgiving family outing — a rare public appearance with his children — came just days after he played Dodger Stadium in Los Angeles for the final US leg of his farewell tour. The concert, which was immortalized for posterity as a Disney+ special, featured singers Brandi Carlile, Kiki Dee and Dua Lipa.

He will return to the stage in January for shows in Australia and New Zealand, before completing the final leg of the tour in Europe in the summer.