Ukraine and Turkey want to extend the grain deal 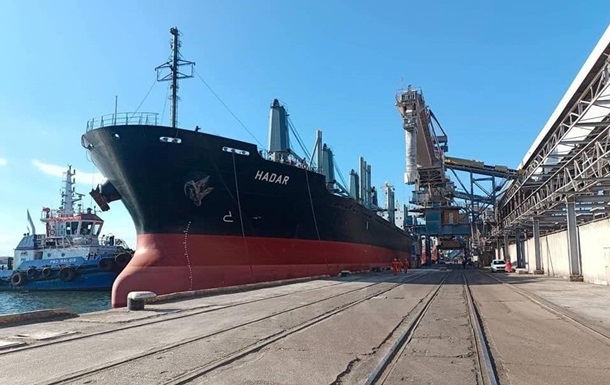 Ukraine and Turkey want to extend the grain agreement, which expires on November 22.

Ukraine and Turkey have spoken in favor of continuing the grain deal after November 22 this year. This was discussed at a meeting at the Joint Coordination Center in Istanbul between the Minister of Infrastructure of Ukraine Oleksandr Kubrakov and Turkish Minister of Defense Hulusi Akar, the Ministry of Infrastructure reported on Facebook.

“Today, together with Turkish Defense Minister Hulusi Akar, we discussed the implementation of the grain initiative. Since the beginning, more than 7.7 million tons of agricultural products have been exported, which has stabilized the prices of food and meeting the threat of global hunger. . The parties participating in the initiative (UN, Turkey and Ukraine ) have expressed their readiness to continue its operation and assured that the maximum effort will be made for its successful implementation. So far , there is no doubt that the work of the “grain corridor “Will continue after November 22,” said Kubrakov.

Also during the meeting, the Ukrainian side noted the importance of speeding up the process of inspecting the ships of the joint coordinating center. Due to this, it will be possible to significantly increase the volume of grain exports to the countries of Africa, Asia and Europe, as well as to avoid the formation of queues for inspections.

Recall that in the Russian Federation they threatened to refuse to extend the grain deal for one reason – if nothing happens on the Russian side of the deal.

At the same time, Ukrainian Prime Minister Denys Shmyhal said earlier that the grain deal would be extended. The UN hopes to extend the agreement by a year.

Previous article
End the tyranny of charity.
Next article
Badly combed hair and tired face. This exclusive photo of Ghislaine Maxwell from a prison cell